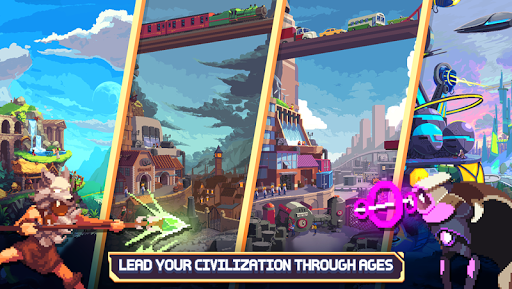 Cosmos Quest MOD Description: Start your civilization and carry it from the discovery of fire to the stars and beyond!

This idle game from the best idle publisher has it all. Civilization, Buildings, Heroes, Time Travel….even a Black Hole Cannon.

As you progress in the beautiful realm of Cosmos Quest, you see the impact of the evolution on your tribute.

Bug fixing
Now the enemy team can be checked before invading.
Invade history in the nexus. You can see who attacked you, who have you attacked, see the replay and get your revenge!
An icon appears on the quests you have not completed, so you can easily see what to do next.
A warning prompt appears when trying to select heroes for promotion if you don’t have enough heroes of that promotion.
Heroes are now closer in battles.