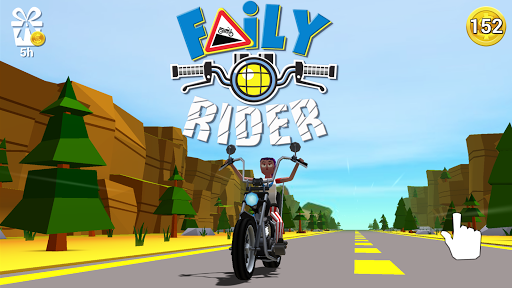 Faily Rider MOD Description: Poor Phil Faily has had a lot of bad luck with cars… now he has a Motorbike!

While doing some sightseeing on a motorbike in the Nevada desert, Phil is forced off the road, plunging him over the edge of a steep embankment and into a world of dangerous hazards and obstacles.

In this physics based motorbike game you must maneuver an endless mountainside dodging hazardous terrain such as cacti, rocks, traffic and