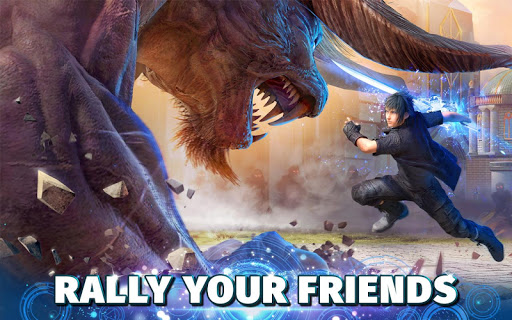 Final Fantasy XV: A New Empire is a mobile adventure that lets you rewrite a favorite classic to fulfill your unique destiny. Journey through vast kingdoms, gather magical resources, and build the strongest Empire in Final Fantasy history! Fight fire with magic to defend friends and defeat foes alongside millions of players from around the world! Do you

Step into Final Fantasy XV: A New Empire and join the adventure! Play with your favorite characters and villains alike! Explore the endless world of Eos, hunt Monsters, protect your Empire, and Rule the Realm! LOG IN NOW to see the LATEST UPDATES!* Face off against other Guilds, Realms, or fight for the Crystal!
* Defeat stronger monsters for amazing Loot!
* Unlock specialized Troops!
* New Events with more rewards!
* Improved Titles!
* And More!