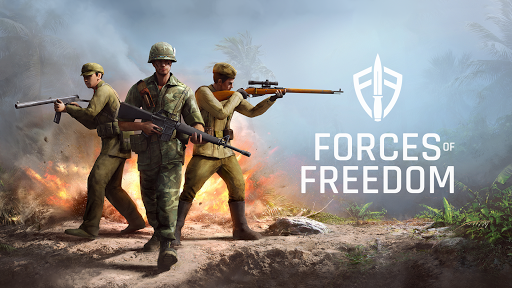 Forces of Freedom (Early Access) MOD Description: EARLY ACCESS/CORE GAMEPLAY VERSION – join our global community of >26m players around the world and help us make the mobile shooter that you will play for years.
Hop on the free skill based competitive shooter that works on mobile. Fight in tactical real time 5v5 multiplayer combat- playable in 4 minute coffee break sessions. Think “BLITZ meets SOCOM” or a slower paced CS with authentic soldiers.
This Early Access version contains six heroes and five maps. We are continuously updating the game and we are in constant dialogue with our players – we are making a game for you, not “just” for us.

FRIENDS AND FIRETEAMS ARE HERE!!!
+ More