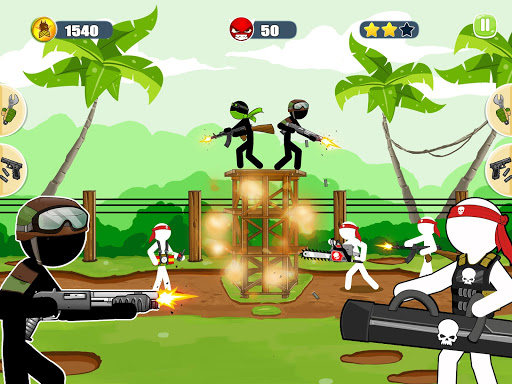 Stickman Army : The Resistance MOD Description: The most epic stickman war game is now available. Enter the arena and contest the fearless army as-sault! Join the campaign bootcamp to fight against foe after foe.

Think you can be a challenger or contender in this crusade? Play “Stickman Army : The Resistance” now and create your own legacy! Show how fearless you are by defeating the guerrilla crusade by shooting them one by one! Build a base that can be well defended and strike back with a campaign of bloody as-sault!

The defense of your base is critical while you resist against the murderer invasion. Be a gladiator and killer to stop the army of freedom fighter creating discord. Attack with a frontal warfare assault or stealth kill your enemy with an assortment of weapons. The brutal campaign can only be

Resist the army assault and be a fearless slayer, join the upholder resistance!